H. G. Wells’ A Modern Utopia: A Critical Analysis For The Contemporary Reader 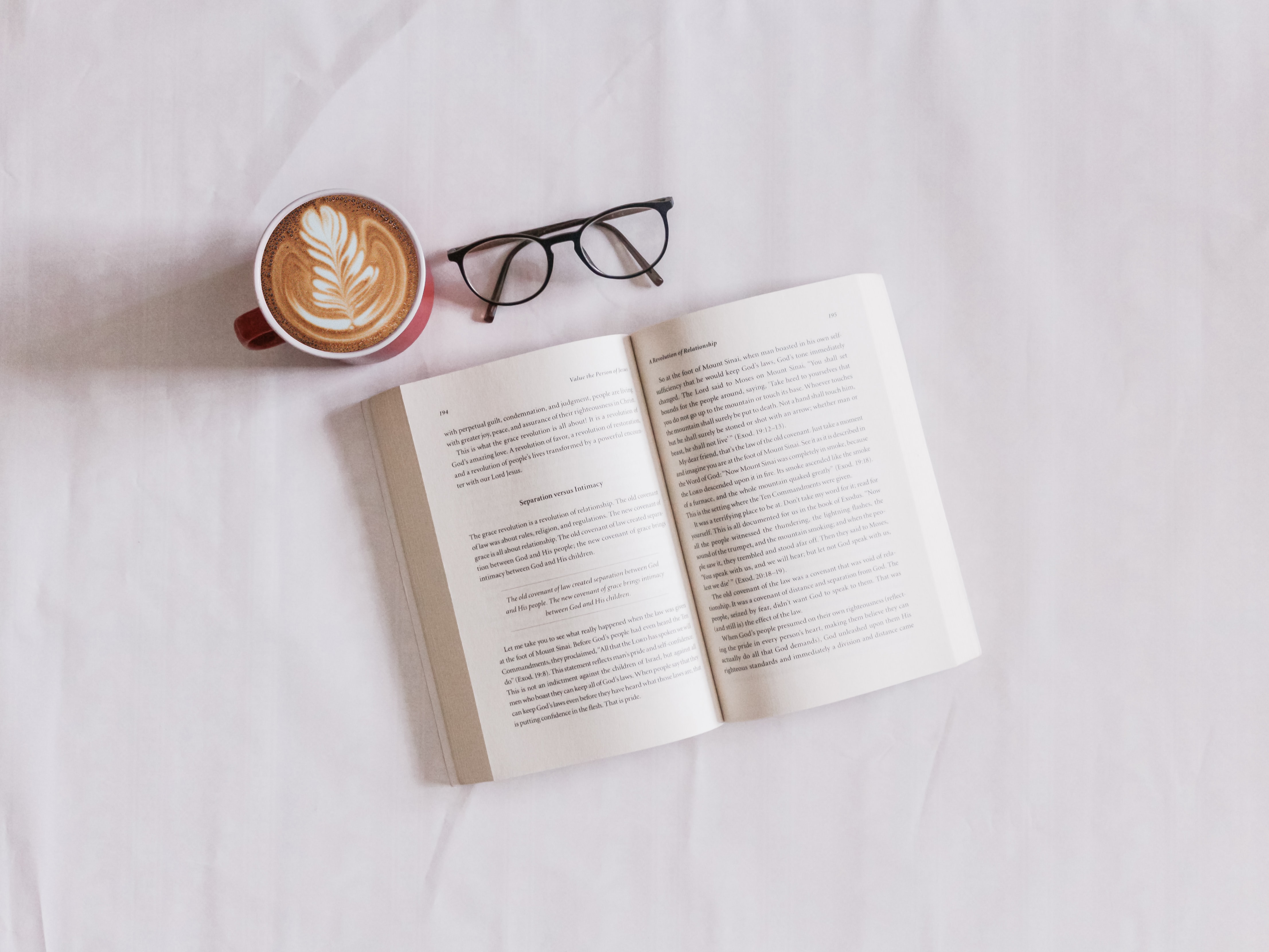 In this 1905 philosophical essay/science-fiction novel hybrid, H. G. Wells carefully outlines and vividly describes how his “Modern Utopia” would look and function through the voice of an unnamed fictional narrator who, along with his companion, the botanist, imagines himself transported to a parallel utopian version of planet Earth. During the course of the novel, the voice of the narrator slowly pieces together the various elements of his imagined utopian society, from the economic system to race relations and marital law. So how does this century-old fantasy hold up against the scrutiny of a cynical 21st century reader? Let’s take a closer look.

Firstly, Wells wants the reader to be fully aware he thinks his utopian dream is realistically implausible, but not entirely impossible. He concedes that for it to function, society would have had to have developed a completely different set of ideals, traditions, ideas and purposes. The narrator surmises that for a perfect society to exist, the entire world would have to share one governing body, a World State, if you will. Such a state would share one world language (an amalgamation of a dozen different pre-existing ones), one economy, one currency and would be heavily connected by high-speed electric trains. Though the advent of new communication technologies during the last century has made the world ever more connected and sped up the ongoing process of globalisation, we are seemingly not much nearer to Wells’ World State; the closest thing to it would be the comparatively weak and ineffective United Nations. He does, however, also make a compelling plea for at least the European nations to stop waring one another and form a united economic area with common laws and economic policy which has now come to fruition in the form of the EU, a fact that would probably please him immensely.

From our current perspective, the author’s World Government seems quite authoritarian and frightful in nature: having full control of the planet’s natural resources, a complex and expansive bureaucratic system, being the sole arbiter of what’s moral and good, etc. Though we are assured that the State is entirely benevolent and utilitarian, providing the maximum possible amount of freedom (one’s freedom ends where another one’s begins), while minimising suffering and security risks, it’s easy to be cynical and dismiss those notions as a pipe dream of a raving lunatic. But let us, for the purposes of this analysis, entertain the idea that such a governing body can exist; so how does it balance freedom with security? You would not think it, but this utopian society is very pro-individual, in fact, Wells at many points expresses disdain against placing people in categories and shares the belief that everyone is unique. His society would have free individuals working together as a community through a transparent political system, achieving technological, artistic and societal progress through global cooperation. That, in my opinion, sounds like an idea that wouldn’t be out of place in today’s world.

But who really runs this World State? Well, in the Utopian version of history, global peace and unity was achieved when several centuries prior to the narrator’s “visit,” a then militant organisation calling itself The Samurai took charge of the world. They hold all positions of relative power from doctors to judges and teachers. Also referred to as the voluntary nobility, they have to strictly adhere to a long and from our perspective absurd list of do’s and do not’s such as having to go on yearly meditation trips into the wild and not being allowed to drink alcohol, trade for profit, play sports, sing or act. The latter three were included seemingly because the narrator has a lot of disdain for cults of personality, which paints an amusing picture in one’s mind of a time-travelling H. G. Wells arriving in the year 2016 and with a horrified look on his face observing the culture of celebrity worship which has only grown since the rise of social media.

The next issue which gets addressed is what is to be done with the poor, the lazy, the criminal and the disabled members of society. If they can’t be reintegrated back into society, they are banished to various islands, where they can live out the rest of their lives in relative freedom without “mudding up” the gene pool by reproducing. Amusing suggestions, such as sending all the alcoholics to an island where they are allowed to get drunk with one another and all the compulsive gamblers being sent to some sort of Las Vegas island full of casinos, are given as examples. There is no death penalty or torture in Utopia, even for murder. What seems at odds with the maximum freedom supposedly provided by the state is that they have the exclusive power when deciding who gets to reproduce and enact strict population control. Criminals, the disabled, people living on minimum wage and anyone who is deemed not moral or contributing enough to society is banned from producing offspring. Utopia has a very novel idea of ensuring economic equality for women by making motherhood a paying job subsidised by the government based on how good of a parent the mother is. Looks like the idea that women could hold full-time jobs for which they get equal pay was too fantastic even for Wells to imagine.

Since he is famous for his many accurate (and some inaccurate) scientific predictions, let’s examine where Wells hit and missed. Though in this novel he didn’t include wild things such as time machines and laser weaponry, he did give Utopians some technological edge over the Earthly residents of 1905. Automated soap dispensers, ground cleaners and towel dispensers are now finally a reality, as well as “floor and wall heating” and electric kettles. Unfortunately, bed sheets still require being hung by hand, fingerprints have not made written signatures obsolete, pneumatic pipes never took off of due to being highly inferior to computers and crop harvesters need steady human hands to guide them (though with self-driving vehicles being in the testing phase that could change soon enough). The previously mentioned trains have been realised as running on electricity rather than steam and can reach speeds beyond 300 km/ph, but are much smaller and look less like a gentlemen’s club than he imagined. All in all, a pretty good job as far as prophecies go.

Finally, a quick look at the general social structure of Utopia. As said before, the narrator has a major dislike for human categorisation, be it by race, nationality or social class. Despite that, Utopians are still culturally divided into 4 distinct groups: The Poietic (people who create – artists and scientists), The Kinetic (people who maintain – judges, doctors, politicians), The Dull (the poorest, the less intelligent) and The Base (immoral, evil, corrupt people who otherwise describe themselves as belonging to one of the previously mentioned groups). Besides the consumption of meat, society in Utopia has also abolished poverty, war, disease, obesity and slavery. With everyone starting on equal footing, all races have the same opportunities to succeed and the world seems to enjoy universal tolerance. When discussing this, the narrator exposes the racial theorists and eugenicists of his time for misusing Darwin’s theory of natural selection to spread aggressive nationalist rhetoric, which he believes will lead to racially motivated wars in the near future – a prediction that came true only decades later in the most horrific way imaginable. It is my belief that he needs to be commended for sticking to a progressive position which at the time seemed quite radical.

To conclude, A Modern Utopia is an interesting peek into the mind of a highly imaginative turn-of-a-century progressive who was one of the defining creators in the genre of modern science fiction. But before picking up this novel to experience it for him or herself, the would-be-reader should keep in mind that parts of it (as Wells kindly warns in the introduction) do read more like a philosophical essay rather than a straight up sci-fi adventure. Nevertheless, I would highly recommend it to anyone who has an interest in the utopian ideas of the past and is open to philosophical and political discussion. Otherwise, I’d suggest taking a look at some of the other works by Mr Wells, which are less taxing on the mind and more focused on the fiction aspect of his writing.