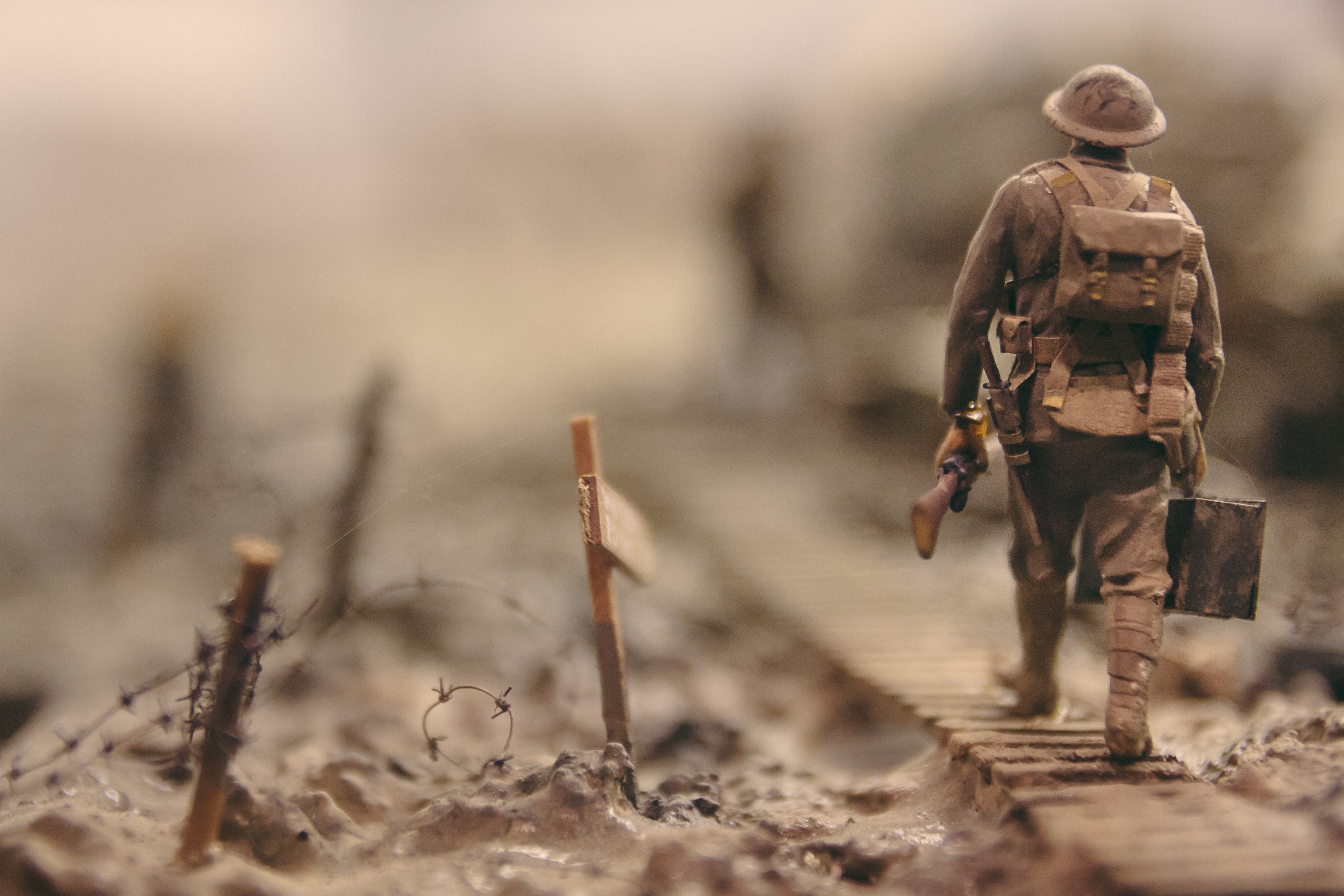 The term War on Terror has been brought forth by the well-known 9/11 attacks in the United States of America in 2001. The president of the US at the time, George Bush, was the first to utter the words War on Terror; the words that resonated with the masses who were outraged, shocked and most of all in grief. Three thousand people lost their lives that day. The attacks had incomprehensible consequences not only for the US as a country and for its people but also on a much larger, global scale. The world needed to react to the atrocities. The United States responded with the War on Terror – a military strategy for exterminating international terrorism. However, you do not fight violence with violence. It only creates more of the same. In addition, it also brings fear and panic among people. The result of that violence, panic and terror is that lives have been lost on all sides. So, to what extent can the War on Terror be justifiable in regards to human rights and more importantly, human lives? The end does not justify the means. Human rights have been created for a reason and should be respected at any cost. Nothing is more valuable than a human life, not even winning the so-called war – the one actually meant to save human lives and not spread hatred.

“The end does not justify the means. Human rights have been created for a reason and should be respected at any cost.”

In the state of war, collateral damage is admissible, which is inexcusable. Stalin allegedly said that ‘[t]he death of one man is a tragedy, the death of millions is a statistic’. If we see the face of the victim and know their story, we are more inclined to feel sympathy and commiseration for them. That is not the case when we are faced with cold hard facts. When we hear about collateral damage in the newspapers and on the news, we are presented with just that – a statistic. We do not hear about the names of the victims, whether they have a family or not or about their hopes and dreams. War on Terror actually succeeds in dehumanising humans. Headlines are piling up: ‘78 found dead’, ‘158 people killed in bombing’, ‘592 missing, presumed dead’. Where does it end? We do not see flesh-and-blood people killed but ‘others’ fighting in a faraway land. Collateral damage turns into a statistic. Media profits from heinous stories and at the same time makes us detached. Some might care for a day, perhaps two, then go on with their daily lives. We turn a blind eye, become apathetic and numb to those events which enables their reoccurrence and it results in even more hatred, racism and discrimination. That is evident in the case of 2015 hospital bombing.

During the time of president Barack Obama, a deliberate bombing of a hospital in Afghanistan occurred. In 2015, United States Air Force bombed the Kunduz Trauma Centre operated by Doctors Without Borders. Forty-two people were killed and at least thirty were seriously injured. This was a breach of International Humanitarian Law whose aim is to minimise the effects of armed conflict by protecting civilians (‘The ICRC Advisory Service on International Humanitarian Law’). In the Kunduz hospital, both women and children, as well as injured soldiers from both sides, were being treated. General director of Doctors Without Borders Christopher Stokes said:

Some public reports are circulating that the attack on our hospital could be justified because we were treating Taliban. Wounded combatants are patients under international law, and must be free from attack and treated without discrimination.’ (‘Patients Burned in Their Beds’).

They had no right to bomb that hospital with innocent people inside. The medical staff did not deserve such a deplorable attack, nor did the wounded combatants. Because of their arrogance people died and you would expect severe punishment to be meted out to the culprits. Nothing of substance has happened – an official apology was issued by the former president Obama. He admitted that the bombing was a mistake and no major repercussions ensued. Civilians who have lost their lives were regarded as collateral damage and no one was held responsible. The so-called mistakes should not be acceptable. Yet, that is exactly what is happening. All in the name of the War on Terror.

The War on Terror brings fear and panic. Fear and panic contribute to stripping away all constitutional rights of a human being for a greater purpose – to win the War on Terror. There are numerous people of different nationalities being discriminated against who have no part in terrorist acts.

For the fear of being terrorists, people have been put in prison, undergone excruciating torturing and all without even getting a trial beforehand. This is a clear violation of their constitutional rights. An example of that is President George W. Bush’s accusation of Jose Padilla, also known as Abdullah al Muhajir, as an ‘enemy combatant’. He was allegedly one of the Al Qaeda operatives and has been held in several American military prisons. The label ‘enemy combatant’ enabled the United States of America to rob him of his freedom, consulting with a counsel, a hearing, a lawyer and a judge. The term ‘enemy combatant’ has in the past been used for all residents of an enemy state that are in the military. However, now the term is so broad that it enables almost anyone to be regarded as an ‘enemy combatant’. It became a convenient way to disregard basic human rights and rapidly achieve a goal – may that be taking back a lost territory or killing an enemy. Terrorists should be apprehended and answer for their horrendous crimes against humanity. Nonetheless, we must never stoop to their level and so easily ‘forget’ our humanity. Human rights help keep our humanity in check.

The war on terror has contributed to the growing abuse of human rights because international human rights get tossed aside during the War on Terror. The line of right and wrong that was determined by International Humanitarian Law gradually becomes blurry every time people lose their lives and are considered collateral damage. Human rights need to be respected especially during the war because that is the time when they are most compromised. Civilians that get hurt are not regarded as victims of atrocious crimes against humanity but as collateral damage. People who get wrongly accused or imprisoned are executed without a judge or jury and without anyone being held responsible. Not all is fair in war. Human life needs to be valued above all else, as optimistic as this sounds. It is written in UN Global Counter-Terrorism Strategy that:

One does not contradict the other. We need to put that theory into practice and ensure that these policies work together. Nobody actually wins in war but you can win if you fight for basic human rights.