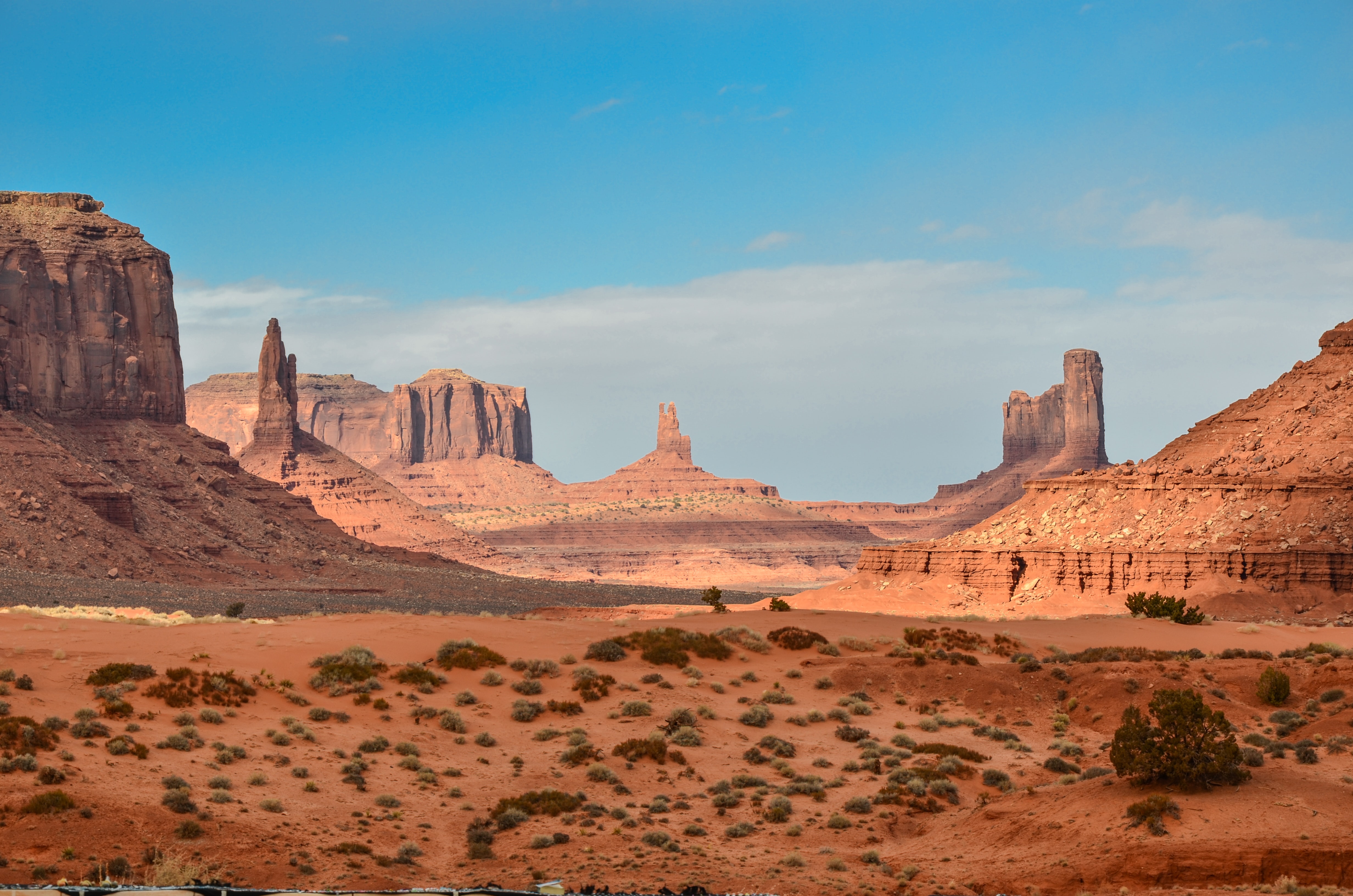 The sun peered over the horizon, spilling light into the valley. As the pinks and purples of the dawn gave way to the harsh blue of the day, the shadows of the vast sandstone buttes crept away from the light, revealing the rugged, dusty landscape of the American West. The stench of smoke from the train line was carried by the breeze. The only sound was the faint cry of an eagle high above.

Three horse riders broke the tranquillity. The leader was Marshall Leo Harrison, a big man of sixty years with a mane of greying hair and a tired face under his John B. Stetson. The building of the train lines meant that the Wild West was disappearing and men like Harrison were a dying breed. He had been Marshall in the county for over twenty years and it showed. Yet he rode on with purpose, flames of determination burning in his eyes and his leather duster coat billowing in the wind. On the Marshall’s flanks were Seth Sidero and Hope Jerome. Seth was twenty-three with a thin face and cold, reptilian eyes that did not blink. He whooped and kicked his horse violently. Hope was black and barely seventeen but her dark eyes had seen far too much. Like most black girls, she had lost her parents early and had been forced to make her living in the saloons of the town of Tumbleweed. Her luck had changed two years prior when she met old Leo Harrison. Halfway through a hand of Texas hold ‘em, he spotted her with a rowdy customer behind the bar. In the space of twenty seconds, he broke both her chain of misfortune and the joker’s wrist for good measure. He took her under his wing and raised her as a deputy. A female lawman, let alone a black one, was unheard of at the time. “We do things differently in Tumbleweed,” the Marshall always said and Hope always rolled her eyes. She knew that she would never be free from persecution.

The Marshall raised his fist and the trio came to a halt by the train track that cut straight through the wilderness from left to right. He sniffed, “You sure we’re in the right place, Seth?”

Seth was annoyed at the question. “The crook I leaned on said them banditos was planning an ambush in the canyon. The train comes through any minute now.”

Hope snorted, “There ain’t nobody here!”

“Quiet!” the Marshall growled. “I see the train.”

There it was. Hope saw the column of smoke and heard the scream of the whistle before she laid eyes on the steam train, a black, steel missile, hurtling across the desert towards them, screeching along the iron track. Wheels gushed steam. Sparks flew. Hope spat into the dirt before turning to the Marshall.

Marshall nodded. “Too fast. Right, boys and girls, you know what to do.” The three of them kicked their horses and started to gallop beside the track away from the oncoming train. The Marshall was in front, followed by Seth and then Hope.

“Yee-haw! I love it when we do this!” Seth screamed but his shrieking voice was drowned out as the train rushed past them. Hope kept her head down as a wave of smoke and dust rushed over them. The noise was deafening. They would only be parallel with the train for a few seconds so she had to act fast. She stood upright on the saddle, balancing herself by grasping the horse’s mane at the base of its neck. Hope could not help but laugh. She was flying! The other two were invisible but she knew that they were doing the same. She glanced to the side and saw her chance: a gap between two carriages. Without thinking, Hope threw herself into the gap.

She thrashed her arms around and grabbed the side of the carriage, pulling herself through the door. She glanced back and saw the desert flashing by and three horses disappearing into the distance. So, the other two had made it aboard. She reached for her holster and flicked out a Schofield Revolver. She spun it in her hand, liking the feel of the weapon. It was the perfect weight, a part of her, merely a deadly extension of her body. Hope knew she would never be truly free, but with a gun in her hand, she was in control. She had power. Confidently, Hope advanced. She was in a deserted passenger carriage with rows of empty, wooden benches.

Stalking down the central aisle, Hope strained her ears for sounds of the others but could hear nothing except the roar of the train and the wail of the wind whistling past. She peered through the window into the next carriage. What she saw caused terror to rush through her like a winter chill. Hope froze, her heart hammering uncontrollably in her chest and her blood turning to ice in her veins.

“God damn it,” she whispered.

Harrison was on his knees with a group of men circling him like wolves. Their snarling faces were dark, framed by fearsome face paint. They were all wearing furs, decorated with feathers and claws. One of them was brandishing a vicious tomahawk. Indians! Hope slumped to the hard, wooden floor, trembling. She did not feel powerful at all. What was she going to do? She was but a black barmaid in a world of white men. What was she going to do?

The smack of a fist against Harrison’s jaw snapped Hope out of her trance. She glanced down at her little gun: seven shots. It was more than enough. It was time to be free.

Six Natives fell to the floor with bullets in their chests. However, Hope Jerome felt no victory. Someone was still standing.

Seth was pointing a sawn-off shotgun at Harrison’s head, a toothy grin etched on his face.

“Thanks, girlie!” Seth snickered. “I was going to kill them anyway! I only needed them for the train. It’s the perfect escape vehicle. Once I’ve killed the old man, of course. Where will I go, I wonder? Mexico? I hear it’s mighty fine this time of year. And the women! Ooh-la-la.”

“She’s not the one pointing the gun at me,” Harrison rasped. Sweat, mixed with blood, rolled down his temple and rested on the gun barrel that was pressed against it.

“Goodbye, old man,” Seth murmured. He licked his lips. Then his finger moved to the trigger.

The bullet hit Seth between the eyes. He was thrown off his feet and crashed in a heap on the floor. Nobody moved for a few seconds. They listened to the rattling of the train as it carved its way through the desert. The Marshall dragged himself to his feet.

“Well done, girl,” he panted, wiping blood from his face with his sleeve. He went over to Seth and picked up the shotgun.

“I saw another Native,” he rasped. “He must be the driver. I’ll have to go kill him.”

High above, the eagle perched itself on a mountaintop and looked out at the morning sun.

Originally published in Issue XVII in May 2019.