Some Strawberries, Please: Dear Future Teachers of English, This One is for You 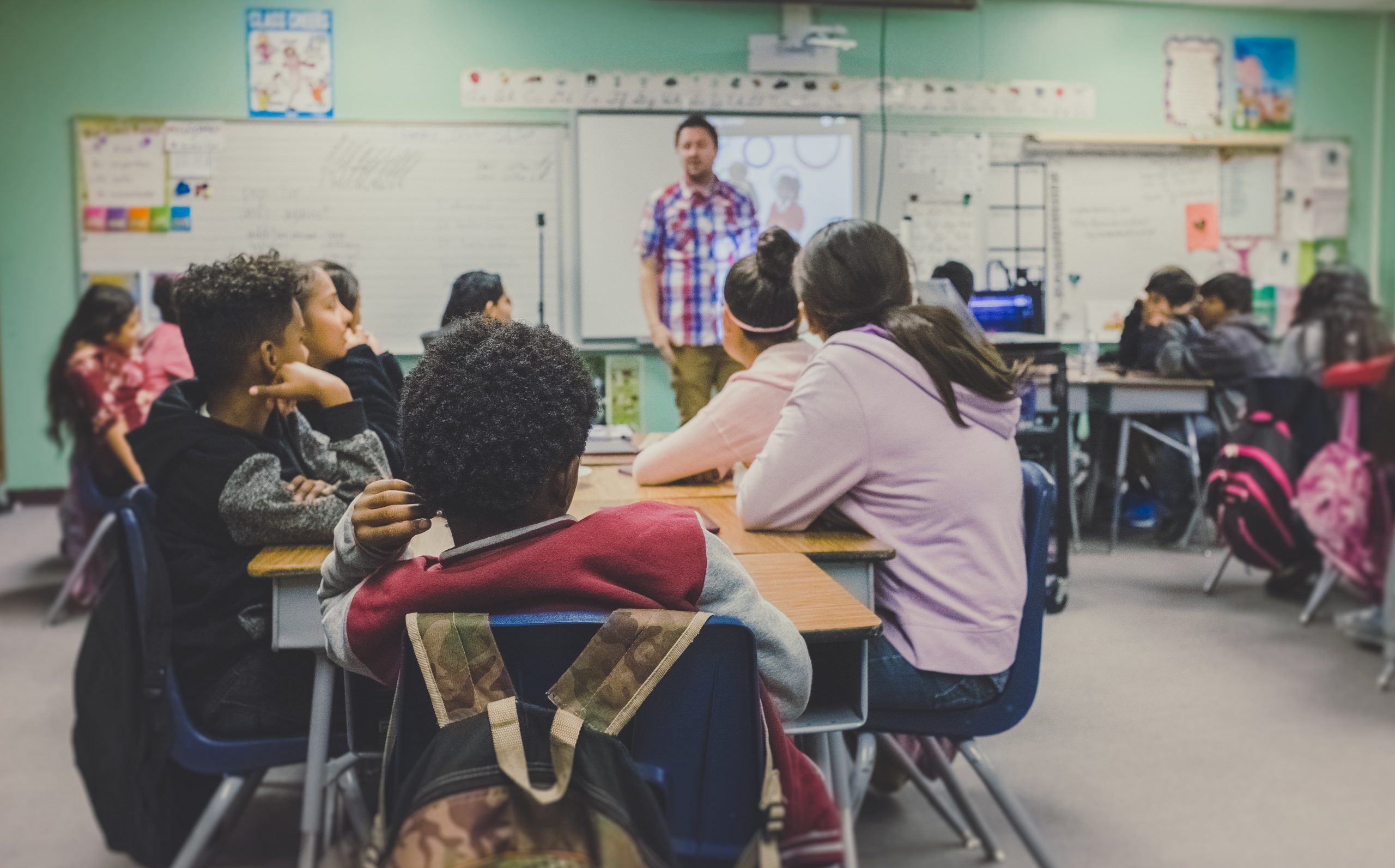 Students at the Faculty of Arts rummaging through heaps of didactic literature have been well inculcated with this mystical commandment of foreign language teaching, namely, the Communicative Competence. This is “[…] the ultimate goal of foreign language learning and teaching” according to Skela (2014: 113). It is “the ability to use the language correctly and appropriately to accomplish communication goals” (ibid.). Simply put it means that teaching a language should make practical sense; the tasks should be authentic, pragmatic and the materials learnt should actually be useful in students’ lives as suggested by Gatbonton and Segalowitz (2005, as cited in Tarvin 2014: 18). This outlook on teaching has been around since the 1960’s and today most teachers swear by it. All swell and well until you observe the misapplication of this communication obsession in practice. The result: many teachers bewitched by their par excellence subject are unable to discern what communicative and practical notions mean, however, they still insist they know best. Their belief – in all honesty – “I teach communicatively”.

Working as a tutor of English and German, I have the privilege to cringe every time I hear what my pupils have to wolf down. An eighth grader, for instance, needs to spill out an exact definition of a hypermarket, supermarket and department store which makes perfect sense if planning a retail store layout. Furthermore, when they learn about purchasing food items, they can’t buy just some strawberries at the store, as the berries need to be pre-packed in a punnet – a critical word for a child not working as a shop assistant at the fruit stand. Moving on to high school, my jaw dropped when a freshman studying German knew exactly what to call a paperclip (Büroklammer), recited the correct article with its plural form, but had no idea how either the sky (der Himmel) or a bird (der Vogel) were called. Similarly, a student who didn’t know how to pronounce an elementary verb to dream (träumen) knew exactly what to call a ruminant (Wiedekäuer): a word of practical use for any average teenager not studying to become a veterinarian in Germany.

Only naturally, the notion of Communicative Competence itself is not at fault for this discrepancy, it’s always the people behind it. It happens very often that teachers are blindsided by the importance of their own teaching subject which only inhibits them to discern the superfluous pieces of information. They forget the fact that their role as “the language teacher is to help learners get along in real-life situations” (Savignon, 1997, as cited in Tarvin 2014: 7) and real-life situations require not native-like detailed mastery of language, but rather “[non-native speaker] creativity” as Jenkins states (2006, ibid. 16). To simplify this idea: imagine your pupil masters Standard English with all the proper forms and elaborate idioms and always gets the perfect score on tests; one day this pupil starts working alongside a foreigner who also speaks English. On a lovely Saturday picnic luncheon, the two converse about work; suddenly the foreigner starts to gape at his Slovene colleague as he has no idea what he means by saying that their boss is a few sandwiches short of a picnic. What now? As you can see, awkward real-life moments can arise if teachers misunderstand the communicative idea and hail the redundant. Alas, indeed!

Another phenomenon on the rise alongside the misused Communicative Competence is the depreciation and abashment of older traditional methods of foreign language teaching as already observed by Richards and Rogers (2001 as cited in Siefert, 2013: 1). One of the traditional methods is the so-called Grammar Translation Method which was all the rage for quite a long time. Monks translating scripts from their mother tongue into Latin, scholars translating literary works, students doing drill grammatical exercises whilst the teacher never uttered a word of English: that’s the method in a comically simplified nutshell (Conti, 2016). With adaptation, however, this traditional way could be a rich supplement for the modern classroom at any level. Research suggests there are many benefits to this elderly method as the today’s “scarce focus on grammatical knowledge does not help the learners develop the metalinguistic and analytical skills necessary for L2-students to learn grammar independently and to produce and comprehend texts that contain sophisticated syntax” Cunningham (2000, as cited in Conti, 2016). Damiani (2003, ibid.) believes that by using this method a teacher can be most certain if their students are actually learning as their progress can be easily followed and graded.

As aforementioned, there are benefits to learning a language through grammatical drill and translation exercises. Moreover, by early exposure to authentic texts, lists of vocabulary items and drill exercises students would passively absorb the language which could ease the follow-up communicative tasks. This passive absorption of language is even known as the silent period: it’s how babies learn their ABCs. And experts dub it as “a crucial time for self-mediated learning within the early years” (Bligh, 2011, as cited in Bligh 2015: 1). This goes hand in hand with the Grammar Translation Method as it allows utilizing silence as a tool for learning, fractionally increases participation and gives way to self-meditated learning according to Bligh and Drury (Bligh, 2015: 17). Understanding how language learning process functions with regard to the silent period, this ostracized Grammar Translation Method may prove to be beneficial especially in the earlier stages of language learning – naturally with communicative sprucing up, as we don’t want to send our pupils back in time to transcribe scripts all the time.

Unfortunately, this traditional way of teaching is often frowned upon by many communicative adherents. Try defending this traditional way of teaching at our faculty and you will be able to hear platitudes such as: “You need to teach communicatively as required by the Common European Framework of Reference for Languages. Period.” This sentence is often accompanied by some inconspicuous eye rolling as, Goddess forbid, older ways of teaching a foreign language make their comeback. Luckily for the CC-heretics, not all professors share this view. Some will encourage you to venture in your lessons and mix up the communicative cocktail with Oldie-Goldie ways of teaching – as long as you have proper background knowledge on the matter, naturally. They even cheer deviating from quasi-pragmatic coursebooks and taking the matters into your own hands. Still, they simultaneously keep their fingers crossed in hopes you are well equipped with the know-how to be able to make these decisions.

As you can see, studying at the Faculty of Arts will impair you and make you think about things you never dreamed of thinking such as this entire article. The Communicative Competence is a great approach to teaching foreign languages; the problem arises when teachers don’t really understand what it stands for – what expressions such as “communicative”, “pragmatic” or “real-life information” mean. Furthermore, the haughty belief that older methods of teaching should rest in peace is unfair as, ironically, these very methods were deemed the ultimate recipe for foreign language teaching once and their benefits still hold gallons of water.

So, what would be my conclusive piece of advice? Pay attention to what you learn about the Communicative Madness and other methods at the faculty, but take everything with a grain of salt and find out for yourself what actually brings best results no matter what the CC-zealots advertise – a visit to the library might do the trick. Most and foremost, with or without the library visit, be aware that you as a future teacher have the responsibility to discern what makes sense for your students to learn. Aim for practicality instead of native-like perfection as Leung suggests (2005, as cited in Tarvin 2014: 15). To put it in simple terms – an eighth grader in a store can do without buying a punnet of strawberries, some strawberries will do just fine.