Studentship as Vocation or This Is Not A Paper 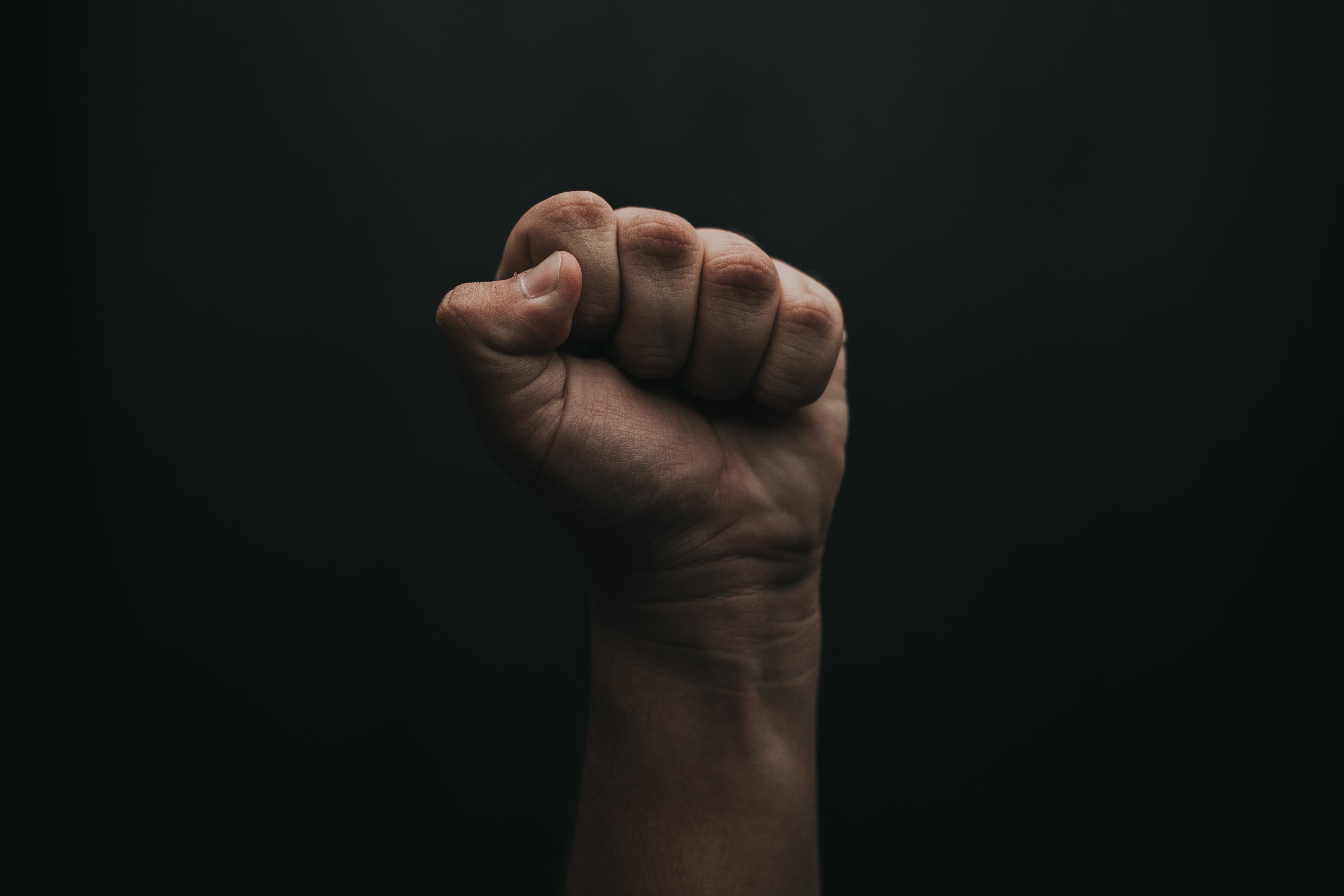 This is not a manifesto. Manifestos are programmatic texts of perpetrators who want to change the world for their version of “the better.” This is instead an instance of fascist awakening masquerading as progressivism. Walter Benjamin said fascism is a re-rendering of anything political as a form of aestheticism. This is a beautiful pogrom. D’Annunzio flew over Vienna, bombing it with messages in bottles explaining to the coffee drinkers how he could have so easily bombed them with actual bombs. Then, he went to Fiume to throw a party to end all parties, which was all made briefly sustainable by people’s volition to rob pirate ships carrying treasure back to colonialist kings and queens who had hired them. This is my message in a bottle: keep your eyes peeled, for my planes may be approaching.

This is not a critique. Critiques are like parodies: they establish themselves necessarily in a relationship with that which is parodied. There is no Monty Python without religious fundamentalists. There is no Waste Land without Romanticism, whose privileged status as the golden age of Britain was cemented by pre-war ministry of education elevating English as the necessary, true-vocational patriotic subject matter for male students to learn. You should all know where you come from. Nah, this is an exercise in anarchic pleasure. I could not care less for all the syntax and word-formation of the native speakers of English, regardless of their origin.

This is not to distance myself from the ones in power. Plenty of ink has been spilled and even more breath wasted over our professorkind. Rather, dear irreverent student, this is directed against you. You who have failed time and again to contribute to the formation of a proper body public, yet have ceaselessly demanded one to be there for the times when the going got tough. You find yourself perfectly satisfied writing lines like these, albeit, because you are not a good fascist, you tend to either be ineffectively verbose or painfully limited. Your prose and poetry is not rejected but ignored. Your crusades in comment sections under various topics languish wallowingly, languishingly wallow. Do not feel offended, I am well aware that I am one of you. But who can admit they belong here with me?

This is not benevolent. Hell no, this is an act of white-hot rage. How every shred of my natural curiosity has suffered stuffed between the four walls of this putrefaction FFactory – I cannot feel fascination anymore, there is only disdain. Above all, the disdain towards those who disdained us because we now favour contributions over pretentious fiction. Tell me, why do you want your peers to institutionally approve your little poems and stories where there is the vast ocean of non-reviewed fiction waiting for you to discover and embellish on the internet? Are you so fixated on earning a grade, a gold fucking star, for every piece of work you manage to stitch together? Discover again the joys of creativity separated from an immediately superordinate elder. This “creativity” which gets rewarded like a dog with a biscuit every time it does what the master says is not a part of your nature. This fake, molested creativity is only applicable to you if you voluntarily submit yourself to vulgar capitalist rhetoric of the good entrepreneur who saved his country from joblessness. Write me a jingle, create me a creative ad, go make a twitch-dot-TV-forward-slash outlet for yourselves. No sticker for you.

This is not a fable which ends with a morale. This is a document showing how things are. If you were waiting for this, congratulations! You are something of a fascist yourself, and you can admit it. Do you feel better than those who refer to themselves as human capital? Don’t, this is only a beginning. You hate me for writing this. You hate being analysed, because you are not a number. In fact, you absolutely despise anything scientific. You would rather understand than learn, and you absolutely love identification. Identify the parts of speech in this sentence. Identify the number of black people at the very top. Identify which features of a theory can be seen in this passage. Bullshit, bullshit, bullshit. You also believe that only black people truly understand the position of black people. You have had the experience of conversing with two people whose level of English was significantly lower than yours. Suddenly, you find yourself communicating in basic sentences because the worst guy can understand that. You are never able to transcend this bubble of complacency; you believe yourself to be actively helping this poor idiot learn from your wisdom through osmosis. You love immigrant food, immigrant dances, their fiestas with their pretty colours, but if one of them decides to run for a superior position and exercise thereby their legal equality, you suddenly rally! You start seeing rivers and waves of immigration coming in to take your jobs! And I haven’t forgotten about those dangling black people: yes, they understand how black people feel. You are so disgustingly liberal that you have rendered discrimination into some kind of sick privilege. To say this is to say we cannot understand anaerobic bacteria unless we stop breathing. DIS-CRIMINATION! To say this is to say this is my home, get those bilingual signs with Italian/Hungarian/Serbian/Albanian/Slovene out of my face. To say this is to say you’re on a wheelchair, let me do everything for you. To say this is to say, this is fine, nobody should be forced to vaccinate their children. Let everyone keep their own personal privileged position of understanding, because only you can understand how you truly feel.

Some humans are out of shape. This does not affect the veracity of the fact that among all animals, humans are best built for long-term running. However, there are theoreticians who build theories and careers on establishing a twisted connection between biology, nature and perception. No one would take you seriously if you claimed humans’ legs are not for running because some humans are fat or paralysed. Why would you take seriously the people who claim human chromosomes are not for sexual procreation? [It is Mozart to my fascist ears to hear you all tell one another how you don’t “see” gender, or race, or disability – thereby you combine the übermensch mentality of individually solving a social problem, as well as align the mentality with the dictatorship by ostracising anyone who sees through your bluff. See no evil, hear no evil, speak no evil. There is no alternative! There is no alternative!] Dinosaurs and fledgling birds alike are abusing transgender people. For it is not true that they wish to remove the source of inequality – they nurture it, they revel in it as a source of an indefinite amount of easily reviewable articles. A seismologist does not truly wish for earthquakes and volcanoes to stop bothering people. So too does a gender scientist not want its subjects to reap the fruits of their social struggle, because this is how well-paid tenures are lost. In fact, there is no greater academic hypocrisy than lamenting how stupid the average person is. If everyone was as smart, clever and well-read as a professor, why, then there would be no need for the academia, would there?

Is this not the beginning of the end? We used to say that science is superior to religion because religion changes fact to fit its narrative while science changes its paradigm to accommodate more facts. Religion doesn’t allow you in if you don’t believe – your starting point is to be an adherent. If you believe in the privilege of your position because of who you are, because you have earned merit solely for your identification, you have already won this battle. For it is not welcome anymore to criticise, to be malevolent and to hurt. Have you ever been faced with the fact that your work was utter crap? God forbid, it would have hurt your feelings! Best pretend the person who called you out was an idiot, yeah? That’s right, let us instead focus on all those who keep telling you how impressive you are. Good, good.

The rest of you, grab a black shirt and a knife. We meet at dawn. Onslaught at eight. This is unbearable; either we win, or we dine in hell tonight.