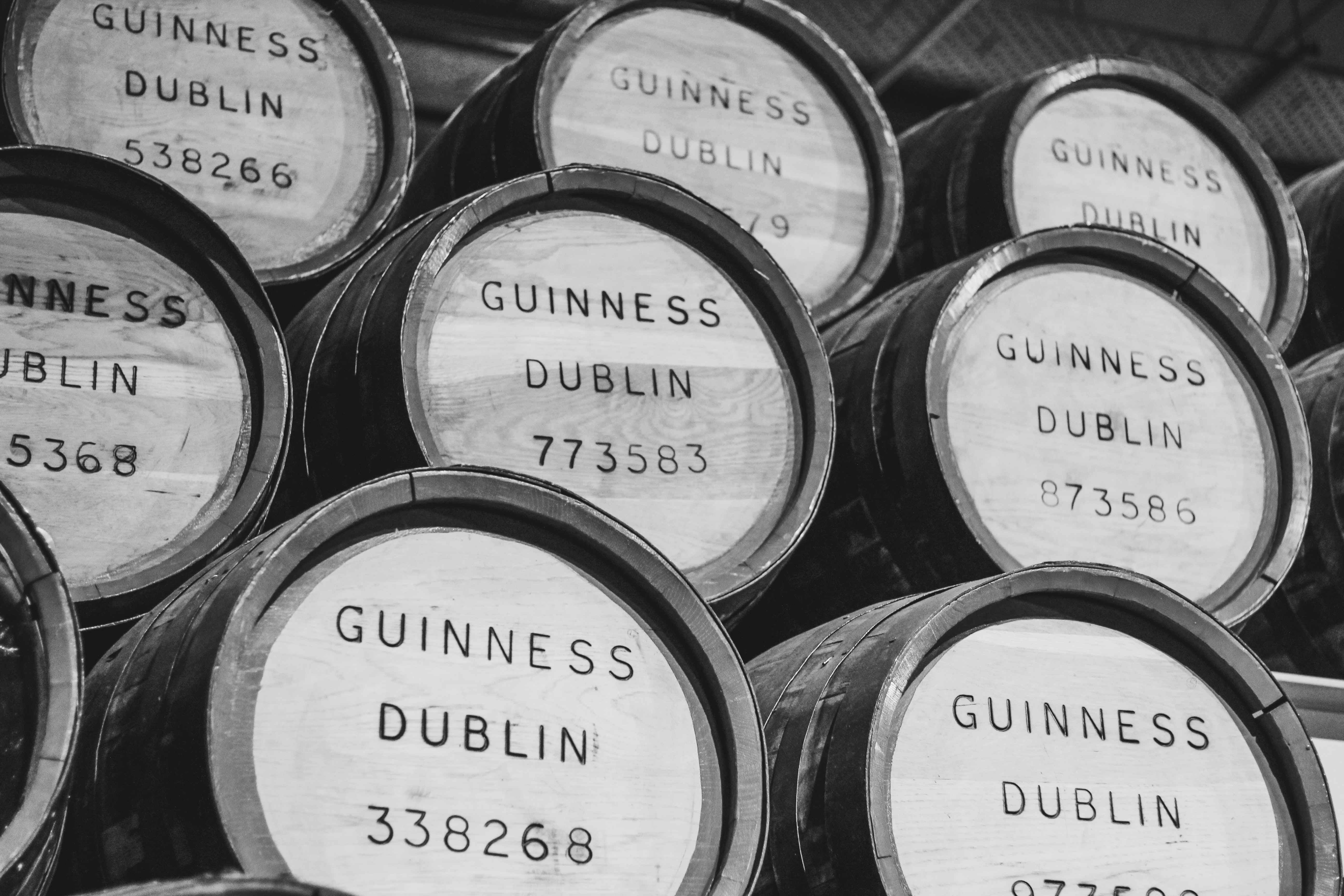 Nothing important happened today. I went about my usual day: I had breakfast with Aileen early in the morning while our children were still sound asleep, I spent the rest of the day at work and I’ve just come home now. It is quite late, Cara and Brín are asleep again and I think I need to crawl into bed, too, because tomorrow is going to be a busy day — winter is nearing, and I have to go and collect some wood from the forest so we will be able to get through the upcoming cold nights.

I wish I had hugged Cara and Brín before I left in the morning.

I had gone to the woods a million times before, but this time it was different.

It all started when I was packing for the day. I didn’t need a lot of things with me. I packed some food in a bundle, put on my working gloves and boots. I took an axe and a saw, put them both on a wood-stacking sledge, which makes it easier to transport bigger amounts of wood, and headed to the forest.

It was a beautiful day. I started my journey so early in the morning that I had the chance of witnessing the sunrise, and it was majestic — the colours from dimmed yellow to a shade of purple danced across the sky. The landscape around me was bathing in orange light, birds were chirping their morning melodies and nature was waking up. I really enjoy moments like this, and the four-hour walk was more than pleasurable.

I decided to go to a different forest than the one I would usually go to. I figured I could change up my routine a little bit. As soon as I reached the outskirts of the forest, I saw some beautiful trees I could chop down but the majority of them were already felled, so I had to go a little deeper. This forest seemed more charming than the one I knew like the back of my hand – there were numerous mighty elder oak trees, and some hazel and ash trees, too. Beams of sunlight were poking through the leaves. It was still a little bit cold there, but when the sunrays touched my skin, it was like the first sip of a hot cup of tea on a freezing winter morning — I felt revitalised.

I had been walking for about an hour when I stopped and prepared to start working. I put my bundle on the sledge, took my axe and started swinging at the tree. I was full of energy and time just flew by. I had probably been working for about two hours when I got hungry. I sat on the ground, took a few slices of oat bread I had brought with me, but left one in my bundle in case I got hungry later. I was quite thirsty, too, and I was furious with myself when I realised that my flask of water had disappeared. I must have dropped it somewhere on my way there.

“No worries, surely I’ll be able to find some fresh water somewhere in the forest,” I muttered to myself.

At that point, I still had a few hours of work left, but I figured I could find some water on my way back home. So I decided to do the work as quickly as possible and then head to the warm embrace of my house. I finished cutting down the tree, chopped the wood into smaller logs, stacked everything on the sledge and got ready to head back to see my family.

As I was dragging the sledge behind me, I realised I was growing very tired. All the adrenaline from when I had been cutting down trees was gone and I was exhausted. I didn’t want to stop because I didn’t have that much time before sundown — it was already late in the afternoon and with each passing hour, the sun was going to be closer to the ground, the forest growing gloomier and darker.

I had been walking for what felt like an eternity, but I didn’t seem to be getting closer to the edge of the forest. In the morning, it had taken me an hour to get to the spot where I worked, but somehow it seemed to me that I had been wandering for more than an hour now and still hadn’t arrived anywhere. Had I perchance missed my path? I didn’t know in which direction to go — should I continue and try to find my way out of the forest, or should I go back in the direction of the trees that I had cut?

It seemed to me that the second option would be safer, but in the end, both failed me. I couldn’t figure out my way to where I had worked, nor could I find my way back home. I didn’t know what to do; the situation seemed hopeless. All I knew was that I couldn’t stop moving.

Another hour passed and I was still in the middle of nowhere. At that point, the sun was worryingly low on the horizon and it was getting dark. I walked under the closest tree and collapsed on the ground, helpless, hopeless.

And now I’m here, sitting on the ground, famished and parched, my tongue sticking to the roof of my mouth. I thought I could find some water somewhere, but there is none. I do have some leftover bread from before, but my mouth is so dry that I’m not able to chew the stale bread, let alone swallow it. Besides, it is freezing cold and everything is damp from the heavy fog. I’m very glad my father taught me something other than reading and writing — how to light a fire, although the fog didn’t make it easy for me to do so. Not only does the fire keep me from freezing, but it also keeps away the creatures of the woods.

I’m scared. So very scared. I have been to the woods so many times I’ve lost count, but it was never as scary. Every now and again I can hear some branches breaking in the distance, or see a shadow moving behind the trees.

Right now, I can hear something howling and I wish it was only the cold breeze making its way through the dense branches above me. Is this it? Is this really the way I’m going to go? My favourite place in the world — the forest — and this is how it treats me? I wish I could see my family one last time to tell them how much I love them.

I have said my prayers and there is nothing more I can do.

I didn’t believe I could make it through the night.

I was woken up by a loud growling sound. I did not even dare open my eyes for a few moments there. I listened closely for some time and didn’t flinch. Then I realised that the moving thing was behind me, so I opened my eyes. The sun must have just risen above the horizon. I sensed the creature getting closer and closer until it was only a few feet away, and I was scared for my life. Again. What would it do to me? I already imagined it tearing me to pieces with the gigantic fangs poking from its mouth.

But then something cracked in the foliage about a dozen feet to my left, and apparently the creature got distracted by the sound as it turned around immediately and ran in that direction. I turned around when the coast was clear and saw it — the prettiest little badger running away. And to think I had been so scared.

Then it came back to me, all the pain and sorrow I had felt the night before. The world darkened before my eyes.

I was still here but what good was it? I still did not know where to go and how to finally end this nightmare. I straightened my back, leaned on the nearest tree trunk and rested. My eyes began to water and before I knew it, I started crying.

But a few moments later I saw something glimmering in the distance. I was sure that it was only a mirage caused by the tears, a rude trick my body had played on me. I wiped my eyes with the back of my hand but the glimmering was still there. It was in the direction where the badger had run. I stood up, left my things under the tree and went to see what it was. The closer I got, the clearer it became. It was a source of some kind.

A thin stream of liquid was coming out from somewhere under the heap of rocks on the ground, but it did not resemble water whatsoever. The liquid was dark brown — almost black — with yellow foam forming at the top. Needless to say, it looked very poisonous.

I had no clue what to do. Right then the liquid was the only thing that could get me home, otherwise I would die of thirst. Either the poisonous-looking liquid ended me, or the thirst would.

I crouched, reached towards the liquid, formed a cup with my hands, immersed them into the liquid and took a sip. It was thick. I shut my eyes and waited for a few moments, but nothing happened. So I reluctantly opened them and looked around.

Something changed. But not in a bad way. It was a strong sense of relief. The taste was bitter, but very pleasant. My mouth was not as dry anymore. And the best part was, it hadn’t killed me. I sensed strength and energy returning to my limbs and all over my body.

I took another sip, and then another one. I enjoyed the liquid despite its colour and texture. When I wasn’t feeling thirsty anymore, I got up and went back to the tree where I had left my things. Everything was moving fast, and suddenly everything went blurry save for some trees. I soon realised I knew where I was — I had passed through there when I first entered the forest.

I’m writing this at my kitchen table. The first thing I did when I came back was hug my dear family, who were already very worried because I hadn’t returned yesterday. I’m the happiest man on Earth right now.

The liquid was sent to me by God himself; I am sure of that. And I am forever thankful.

Life has been good to me the past few years, and I forgot to note everything that has happened. But just so you know: I returned to the stream several times after my adventure. I brought some friends with me, and all of them were really impressed by my findings. We went there more and more often, and soon I built a small hut there, just so that we had a place where we could gather and talk.

One thing led to another and now, a few years later, this has become one of the most sought- after beverages in the whole of Ireland. People call it by my surname — it is quite weird hearing my own name in the pubs.

I hope to see the day when this drink, given to us by God himself, reaches the rest of the world as well.